Disabled people have a new advocate in the House of Commons 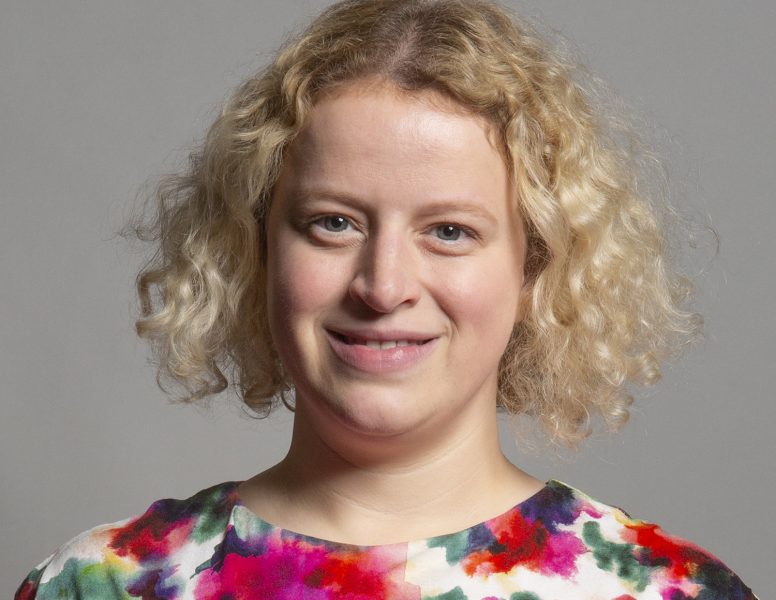 Olivia Blake was elected as Labour Member of Parliament for Sheffield Hallam constituency at the 2019 election. During her 16 months in Parliament she’s been highly active and become a force to be reckoned with, including in her role as Chair of the SEND All-Party Parliamentary Group (APPG). Richard Rieser interviewed her for Inclusion Now Magazine and found out how her lived experience (Olivia identifies as Disabled and neuro-divergent, being Dyslexic and having a long-term metabolic condition) has impacted on her career.

The journey to Parliament

Olivia gained her A-Levels at secondary school in the 2000s, when one would’ve expected schools and teachers to be vigilant for specific learning difficulties. However, she didn’t receive the necessary support to achieve the very high grades required for medical school (“Chemistry let me down”). So, Olivia opted for Microbiology, later going into NHS research. Olivia was not identified as Dyslexic until University and so got no reasonable adjustments at school.

Meanwhile coming from a Labour family (her mother was the Labour Leader of Leeds Council), Olivia is a socialist and deeply committed on green issues, equality, workers’ rights and challenging austerity. Olivia ran for Sheffield Council and was elected as a Councillor in 2013. On the Council, she successfully pushed to bring services back in-house from poor privatised ones, pushed for a Local Living Wage, had the brief Children and Young People and became Deputy Leader with a Finance Brief, before being elected an MP.

1. Richard Rieser (RR): What led you to be a fighter for social justice?

Olivia Blake (OB): “In lessons at school I was always the one to speak up, though my written work was not great and teachers accused me of being lazy and in exams time ran out. Labour’s Literacy Hour with no flexibility and the loss of modular exams also adversely impacted upon my education.”

“My interest in SEND probably comes from my own school experience, which is why I joined the All-Party Parliamentary Group for SEND (APPG SEND) and was elected Chair. A post which I am very pleased to have just been re-elected to. This Parliamentary Group has just concluded and published their highly critical report of government, on the impact of COVID-19 pandemic on children with SEND.”

2. RR: Why is inclusive education so difficult to achieve currently?

OB: “Inclusion is not incentivised under current government measures in England. The Performance Tables are a big barrier to inclusion and the lack of funding throughout the SEND system all mean things are not improving for children and Young people with SEND. The Education Select Committee Report into SEND has shown there is a lot wrong with the SEND system and the government seems to have been dragging its feet on publishing the long-awaited SEND Review. ALLFIE and many other grass roots organisations are important in informing the APPG SEND on what’s happening on the ground, especially the voices of Young Disabled people.”

3. RR: Tell us about launching the 26th March Report on SEND and COVID?

“During the inquiry, we heard from Disabled children who were refused attendance in schools, despite not being able to replicate support in the home environment; parents who were left out of important decisions and risk assessments about their children’s schooling; support staff not allowed on to school sites due to COVID restrictions and children made to start in a new educational setting without the support required in their Educational and Health Care Plans… We also found that the mental health of Young people with SEND, and that of their families, has been widely impacted by the pandemic, with increased levels of anxiety frequently reported by both children and parents.”

“The report also highlighted issues with funding for SEND provision, which was already of long-term concern, with local authorities, school settings and families reporting deficits in the high-needs budget. The report found that the impact on schools of COVID-19 related costs and loss of income has only exacerbated this crisis.”

4. RR: What needs to change in SEND system?

OB: “We lay out 9 key recommendations, including new additional funding for support for SEND children and mental health support, specific funding to deal with the backlog in assessments for Educational and Health Care Plans, and an urgent and time-bound parliamentary review in order to assess the impact which COVID has had upon children with SEND.”

“We are also calling on the Secretary of State for Education to publish the long-awaited SEND review and commit to working with the cross-party group to ensure that SEND children and Young People are placed at the centre of government’s policies and decisions. I hope this report will focus discussion on how we address those problems and improve a system that has long-needed change.”

OB: “It was not expected I would be elected as MP for Hallam. This had always been Liberal until the election of Gerrard O’Mara in 2015. (he had lost the Labour Whip because of controversial statements). But I was very involved with a wide range of campaigns and issues in the constituency that goes from city centre into the Peak District. I won against the trend with a narrow majority of 712.”

Since arriving at Parliament, Olivia has been very active in the Commons Chamber, delivering speeches and posing questions during debates. She is also involved in All Party Parliamentary Groups on Pension Inequality, Youth Affairs, M.E., and ending the need for Food Banks.

Reflections on ‘Disabled Women on the Frontline’: An International Women’s Day Event
Learning in Lockdown