One Young woman’s journey towards inclusive education. An interview with Melissa Acar, by Lisa Murphy. 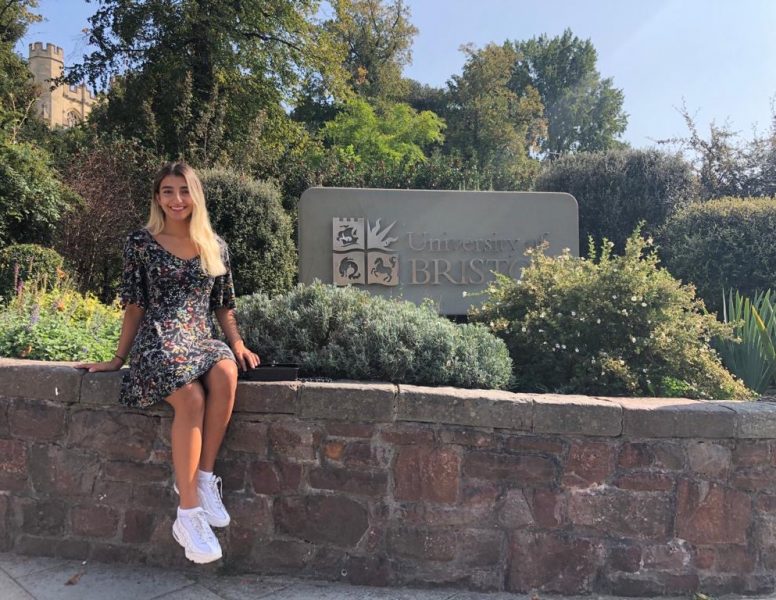 Melissa Acar is a Young woman with an Education, Health and Care plan (EHC plan), who attended Hackney mainstream schools from Nursery to 6th Form. I first met her and her family at Cardinal Pole School in 2017, when she was 17 years old, when she stated:

“My dream and aspiration is to study sociology at a Russell Group University.”

Melissa was awarded an SEN Statement of Need by Hackney Learning Trust (HLT) in Year 3. She transferred to Clapton Girls (Year 7), who said they were unable to meet her needs, so she went to City Academy for Year 8, where she achieved GCSE grades to go further. She applied to Cardinal Pole School (CPS) for 6th form but was refused because she had SEND. CPS stated her needs could not be met, thereby demonstrating their discriminatory attitude to Disabled students. She appealed this decision and her family requested HLT name CPS in Part I of her EHC plan. HLT named CPS who broke the Law by refusing to admit her. They turned her away from the school, even when accompanied by Special Educational Needs and Disability Information, Advice and Support Service (SENDIASS) Officer. The Head Teacher threatened the police be called.

The Local Authority (LA) consulted with another 6th form without Melissa or her family’s consent. They put pressure on them to accept the place, which they refused. Her older sister, Ozge, especially supported her when Melissa was collapsing physically and mentally under the strain. The family took the case to the Appeal Court which ruled she must attend CPS. They were forced to admit Melissa into their 6th Form. Melissa began there hoping to be allowed to study with the adjustments she needed.
Melissa worked hard to catch up the 6 months she had missed, while being continually obstructed by some staff and the Head Teacher. She was not given the adjustments she needed and was wrongly accused of copying others’ work by the Head Teacher. Her peers supported her throughout, including signing a petition to the Head Teacher asking her to stop the victimizing of their friend.

Melissa had no opportunity to defend herself. She was forcibly dropped from her course, stating: ‘’My integrity is damaged…blamed for plagiarism and removed unfairly. Pupils with EHCP should be allowed to study in nearest 6th form.’’

Melissa and her family went to the Tribunal for SENDIST. They won. 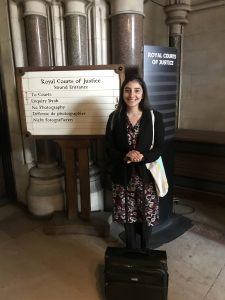 After a 2-day hearing where the school was legally represented, the Tribunal stated:

“The Tribunal found that Cardinal Pole Catholic School had unlawfully discriminated against Melissa by failing to make reasonable adjustments for her disability, despite knowing that Melissa was Disabled. The school was found to have acted unlawfully on four separate occasions between 5 March and 11 June 2018. This included a decision by the school to call Melissa into the Head Teacher’s office without prior notice for a meeting in which she was questioned about her schoolwork, which Melissa found very intimidating. The Tribunal also found the school to have discriminated against Melissa when it decided to terminate her place on a Level 3 Health and Social Care course in June, without any prior discussion or consultation with Melissa to explain that this was a possibility and what could lead to this decision. As a result, Melissa was shocked and in complete disbelief when her place on the course was suddenly terminated, which caused her to “lose trust in the school’s ability and willingness to support her.’’

Unfortunately, the Special Educational Needs and Disability Tribunal (SENDIST) can only order non-financial remedies with a view to ‘obviating or reducing the adverse effect’ on the person of the discriminatory conduct. The Tribunal ordered the following:

During the hearing, the school indicated that it had learnt lessons from Melissa’s case and, in hindsight, it may have acted differently and taken different decisions. It is hoped that in the future staff at the school will be better aware of their duties under the Equality Act and will “pro-actively consider any reasonable adjustments they may need to make for pupils with a disability.”

Petchey Academy was prepared to take her to re-start her course, where Melissa gained L3 Health and Social Care with Distinction. Melissa tells me of her recent adventures now enrolled at Bristol University. She talks of the friends she has already made, the diversity of them, coming from all over the world. One young man, Joshua, on her course also has some special educational needs. They have talked about the support that is available at the University to assist them to be the best they can be. She loves that they are accepted here as being Disabled. People talk about and celebrate it.

“I learned from my sister Ozge that I must never give up. I must always follow my hopes and dreams. I learned from her that if people put obstacles in my way, I shouldn’t let them stop me…

I learned that because I came from a Turkish family and culture, I had learned that I must never challenge or go against someone that is older than I am. I must respect them and what they say to me and about me.

I now know that sometimes people who are older than me are not right and they must be challenged especially if what they say and do to me is wrong.
I want to use my experience to help others to be aware of the Mental Health Services that are available to us. To help others to feel no shame when they access these services. Which they must do if they need them. That is why these services are there. They must not feel shame…

All children and Young people should learn about the Law, their rights – from Primary school right through to 6th Form. We all must have good knowledge of the Equality Act. I believe that Knowledge is Power without it we are and remain powerless. My sister Ozge taught me this.

I met many adults who did want to help me. Some of my teachers at CPS helped me to study and improve my grades which improved my confidence and determination to keep going, to never give up.

There were professionals in my network who really helped and supported me and some who sadly did not. Dr Chris Kebbie and the team at Petchey Academy Hackney were amazing in how they helped me to regain my confidence, believe in myself and realise my dreams.

I will never forget their kindness and welcoming of me to their school. They made all the reasonable adjustments I needed, without me even having to ask them. They were always thoughtful and creative in their successful inclusion of me. I believe every school should be as inclusive as Petchey Academy was to me. I thank everyone who helped me on my journey to here… most especially to my big sister Ozge. I could never have got to here without her love and support.”

Some friends are knocking on her door for her to go out with them, excited to go to explore their new world. Melissa has made her dream a reality.

By Lisa Murphy and Melissa Acar

Lockdown, Post Lockdown Covid-19, Disabled Young People and Schools
Not Back at School