On 30th May we went on the SEND National Crisis march along with parents, children and other campaigners. Michelle Daley reports back. 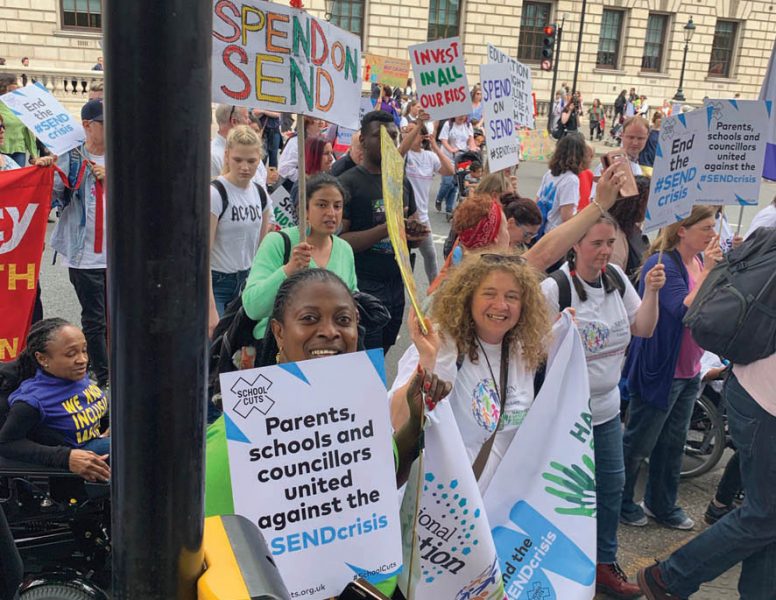 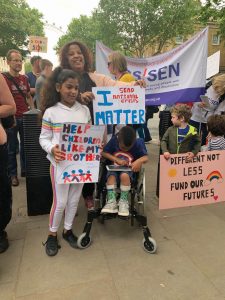 SEND National Crisis is a network made up of parents and other organisations who came together and organised marches across 28 local authorities on 30th May. The purpose of the march was to draw attention to the crisis in SEND caused by education funding cuts, and get the message across to the Government. 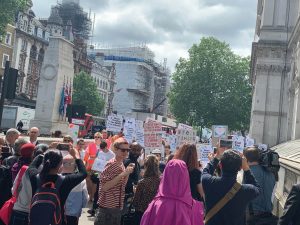 ALLFIE was present at the London and Leeds marches. We attended the march to show comradeship and solidarity, to shine a spotlight on the failure to meet UNCRPD Article 24 and to demand a fully funded and supported inclusive education system. 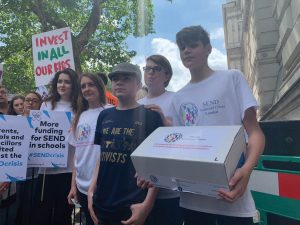 We were impressed with the attendance – it was reported that up to 1,000 people attended the march in London and there was a strong media presence. The march was held over school half term which helped ensure many children and young people attended.

There were passionate speeches, especially from young people, clearly stating “It’s wrong that people don’t get what they need. And it’s wrong they have to fight for it.” There were also some very disturbing stories shared by parents. One parent said “Every single school has refused my child. He is locked in a seclusion room.” Another parent shared that she had to pay £20,000 to secure a place for her child in a mainstream school. 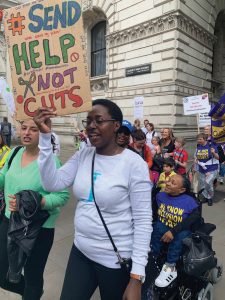 The question is how much notice has the government actually taken of the SEND Crisis March? There is an important case on the 26th & 27th June on the issue of SEND cuts and denial of access to mainstream education. ALLFIE will be supporting this case and we also hope to see you there! 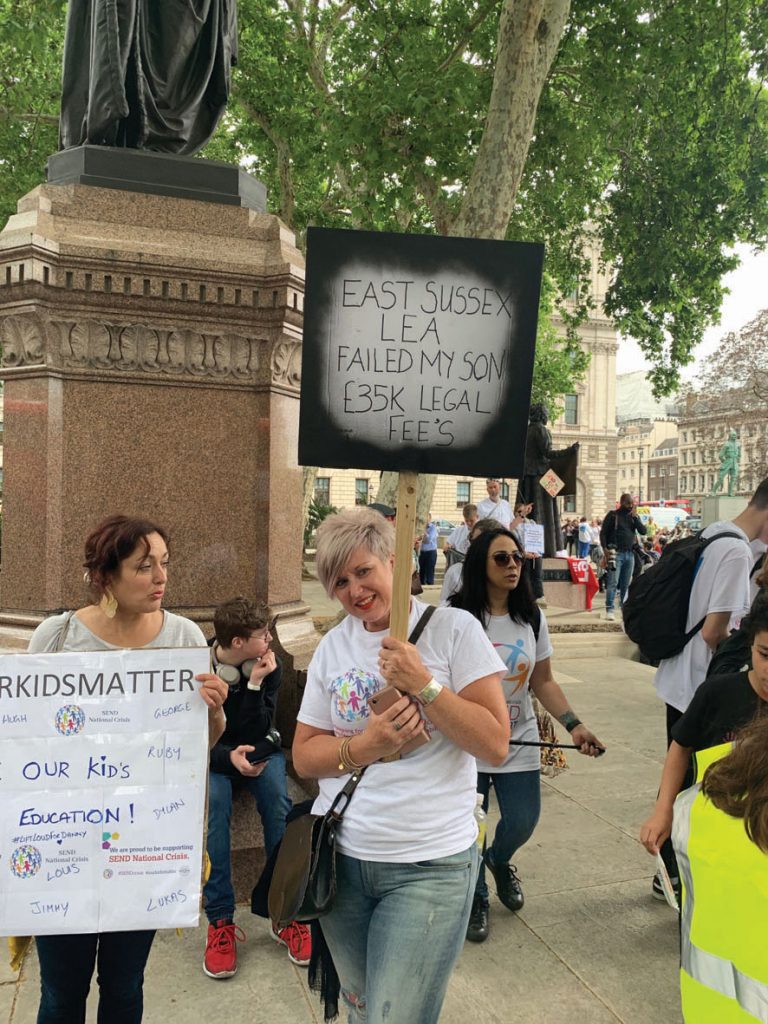 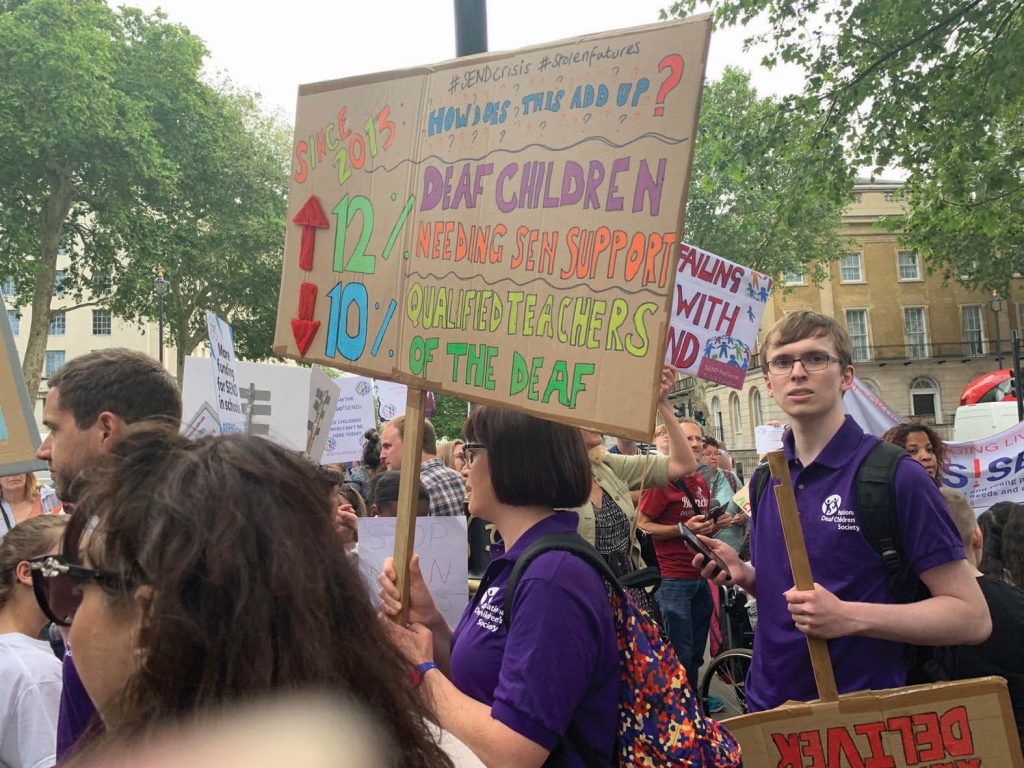 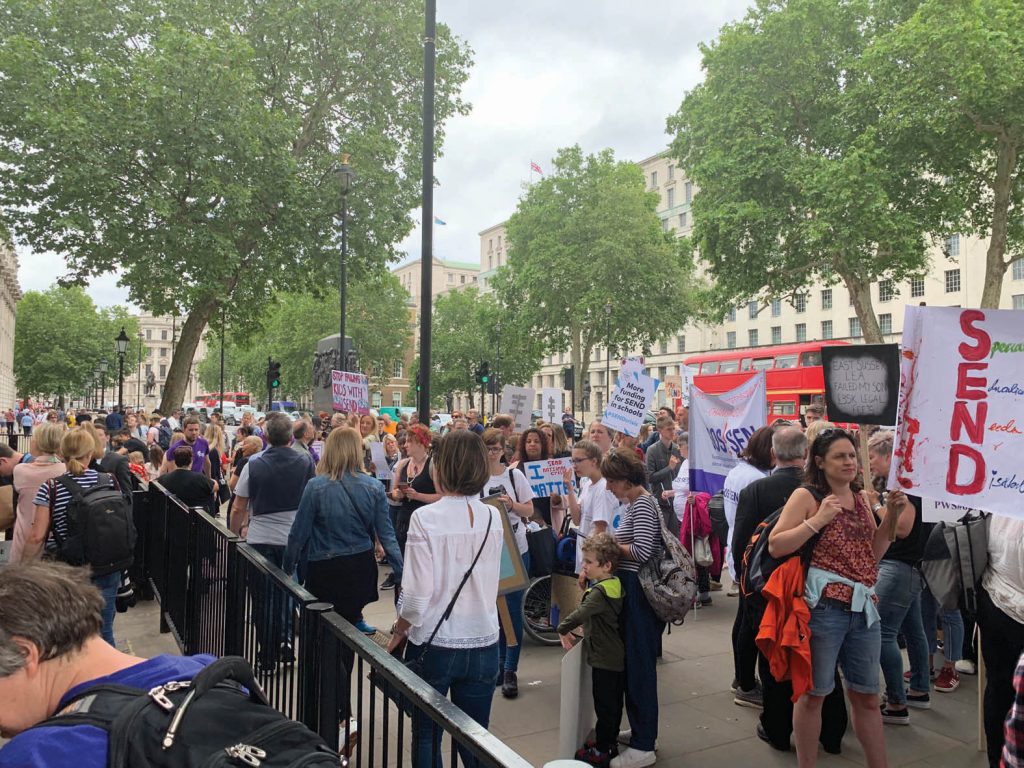 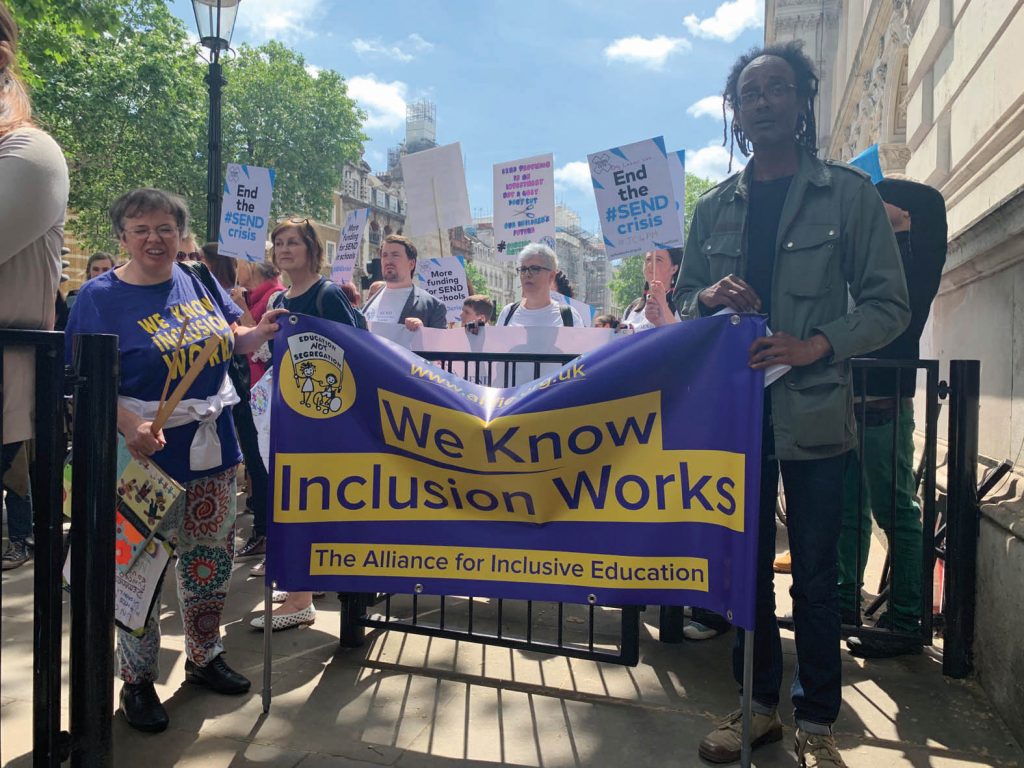 The Timpson Report on Exclusion
Day of action