On the 13th of September 2021, ‘Our Voice’ project members Tasnim Hassan, Melody Powell, Matthew Smith and Samuel Bartley had the fantastic opportunity to interview Tanni Grey-Thompson. 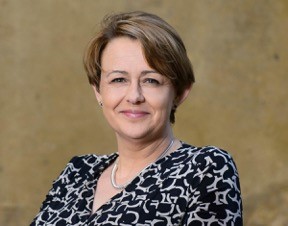 Baroness Grey-Thompson is a member of the House of Lords and Paralympian with Spina Bifida. Tanni was born in Wales, July 1969, and by the age of 6 her spine collapsed, causing her to be paralysed. Her parents had a long battle with their local authority for Tanni to be included in a mainstream school. We were keen to learn more about her experience battling the education system and to find out why she thinks inclusive education is necessary.

We began by discussing Tanni’s primary education, where she explained how the headmaster at her primary school “knew that special schools just weren’t very good and didn’t educate their children”. He kept quiet about her impairment in case she was pulled out of mainstream education and forced into segregated schooling. Tanni feels that attending ‘special school’ would have prevented her from achieving most things in her life, as it would have “shut down any opportunity I had”. When it became time for her transition to secondary education, Tanni realised that she didn’t have the same privileges as her older sister and wouldn’t be going to the same school: “I was about 10 when I realised that wasn’t going to happen”.

Accepting that she might be forced into segregated education, she visited a ‘special school’. Tanni mentioned that when looking around the school, her parents stated, “you’re not going there because they have children at 14, 15 playing with sand and water”. This was quite a stark difference from the school life she knew and wanted, so her parents began fighting to get Tanni into mainstream school. During this fight, her parents discovered the written work of Baroness Warnock on inclusive education and used it to “threaten to sue the Secretary of State for Wales for my right to go to mainstream school”. Tanni is clearly “very much in favour of inclusive education” and strongly feels we need to work on “treating children like human beings and looking at their needs”.

Being A Paralympian Is Not The Answer To Everything

On the topic of education, we wondered if Tanni’s experience with physical education (PE) at school impacted her journey to becoming a Paralympian. The PE teacher at school had a significant influence on Tanni’s relationship with sport: “I was lucky that the PE teacher for my year when I joined, Mrs. Cogbill, was just really inclusive”. Tanni spoke about her school swimming pool and how her PE teacher was confused about why she was just watching others swim, so she encouraged her to participate. Tanni suggests that the inclusion Mrs Cogbill created by allowing her to join in “sent shock waves through loads of people”. When discussing how society could normalise Disabled people’s fitness, Tanni suggested that rather than focussing purely on Physiotherapy, “you can do physical activity but get the benefits of physio, which is more interesting. Because the more physically active you are, the more you’re able to do things”.

Tanni’s relationship with sports was a positive one, but not all children have the same experience. Disabled children are often encouraged to sit out of sporting activities unless they show enough skill to train for the Paralympics. Baroness Grey-Thompson showed concern that “the only option given to Disabled Young people is to “be a Paralympian”. PE is compulsory within the education system, regardless of whether children are skilled in the activities. Yet, Disabled students don’t have this privilege “Disabled people [should] have the right to be really bad at sport”. Tanni feels that people need to understand that “being a Paralympian is not the answer to everything” and all children deserve access to fulfilling physical or sporting activity.

The media we consume is a major part of all of our lives; often, Disabled people can feel underrepresented or misrepresented. Tanni felt that “growing up, the only Disabled people on TV weren’t Disabled”, and although there have been some improvements within the UK, we still have a long way to go. She continued to elaborate: “The fact that I can probably either name most people who are on TV or I know them personally is a real problem… I should be seeing Disabled people on TV that I don’t know, and I don’t”.

Non-Disabled actors playing Disabled roles aren’t the only negative within the media representation of Disabled people; the storylines behind the characters can often be quite damaging. For example, Tanni brought up the topic of Chris Tate on Emmerdale: “he was evil, so there was a lot of coverage around how he ended up as a wheelchair user, and that was his just reward for being an evil person”. When you begin to layer that on everything we know about the historical portrayal of Disabled people, like The Hunchback of Nôtre Dame or Phantom of The Opera, “Disability is linked to being evil”.

Our conversation with Tanni Grey-Thompson then delved into Paralympic marketing campaigns over the years and whether these improved or undermined Disabled people’s experiences. When referring to the 2010 ‘Freaks of Nature’ campaign, she expressed her concern stating that: “so much of the time Disabled people are called freaks”. She further elaborated that: “you need to understand the journey, the life experience of Disabled people, the discrimination… that Disabled people are called and treated like freaks”. While agreeing the 2012 ‘Superhumans’ campaign was a slight improvement, Tanni nonetheless explained this narrative only goes so far because “when it’s a Paralympian who’s a superhuman, it means everyone who’s not a Paralympian… they could be treated as if they’re subhuman”.

This year’s Paralympic slogan, ‘It’s rude not to stare’, also raised some interesting discussions with Tanni. She reflected on her own experience, saying that “I’m quite comfortable with that [people staring], I think my training as an athlete and as a parliamentarian has helped me deal with it”. However, she additionally affirmed that “people going about their daily lives is not something that should be stared at”. Grey-Thompson concluded that “I don’t think it moves the debate on”, asserting that this narrative has only led to more intrusive encounters such as being asked “what’s wrong with you?” or “how did you get pregnant?” She explained that people “think that’s a legitimate question, and that’s the stuff I got in the 70s. We were moving away from that to questions like ‘why are you in a wheelchair?’”.

We wanted to further discuss Tanni’s views regarding representation within the Paralympics, to which she commented that “there is something wrong where our British team is not more representative of British society”. One example she gave acknowledged the price that comes with elite sports whereby “the average cost of being on the talent pathway is about £10,000 a year”. She additionally pointed out that within the Paralympic team of 222 athletes, only 17 were non-white. This led to further engaging conversations about the equality agenda in which Grey-Thompson noted that “there are some things where it’s very easy to have tokens or badges to show your inclusion or show your allyship”. She expanded saying that disability “does get lost” within conversations that aim to support inclusion for any protected characteristic and that changing lives for Disabled people “doesn’t necessarily take money but it takes effort”.

Looking to the future, Tanni Grey-Thompson strives towards a future where Disabled people experience “an equality of opportunity” whereby she says “I just want Disabled people having the same miserable experience of commuting as everyone else”. Another change she would also like to see is building stronger networks of Disabled people in which she explains that: “you’d have thought with social media and online there’d be more communities of Disabled people, but I don’t think they’ve necessarily gone from the campaigning groups that used to gather on the streets of London to actually connecting together”. Connecting with other disability rights activists has truly “made a difference” as it reaffirms the message that “it’s not just me who thinks that this is wrong, there are other people who think it’s wrong and that for me has been incredibly helpful”.

From discussing segregated education to the broader implications of the Paralympics, we thank Tanni Grey-Thompson for taking the time to speak with ALLFIE’s ‘Our Voice’ members. There truly was so much to learn from her wealth of experience as a disability activist, Paralympian and parliamentarian. When asked if we could count on her support with future inclusive education campaigns led by ALLFIE, she replied with

“I’ve been kind of around sort of some of the work of ALLFIE over so many years, really happy to support anything that you do – and it’s really great to get Young people’s voices and different voices as part of this”.

Making a Difference in schools for Gypsy and Traveller Children and Young People
Judy Heumann: “The battle is so much bigger than we thought it was. Unless all Disabled people are liberated, none of us can be liberated.”