Steve McQueen: “We want meaningful change – so, let’s get on with it.” 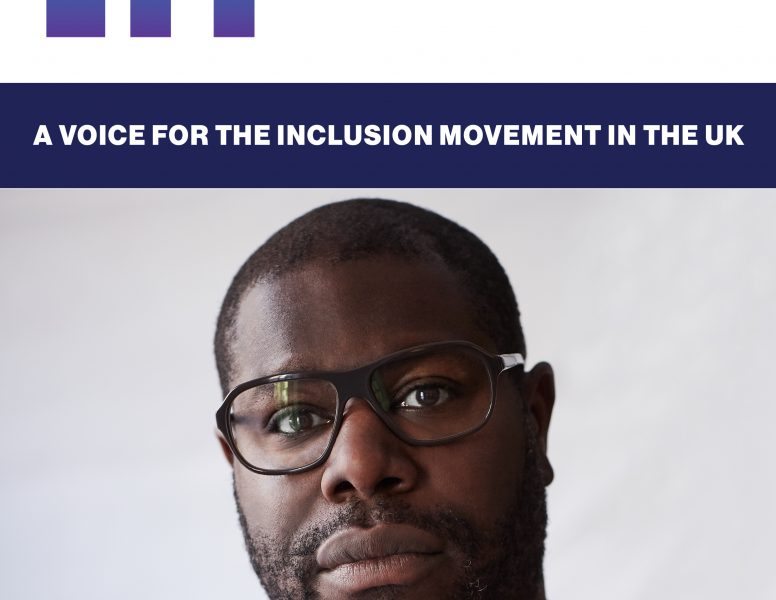 We had been impressed by his recent TV film series, Small Axe; a collection of five short dramas depicting the lives and struggles of Black, British people from the 1960s to 1980s. In particular, we were keen to talk to him about one of these dramas, ‘Education‘, which has such obvious relevance to ALLFIE’s current work; combatting school exclusions.

‘Small Axe: Education’ is available on BBC iPlayer until November, 2021.

It was clear from the outset of our conversation that he is completely down-to-earth and unfussed by formality, wanting to be addressed as “Steve”. As the interview continued, he showed his understanding of intersectionality and his respect for the work of grassroots organisations, like ALLFIE. 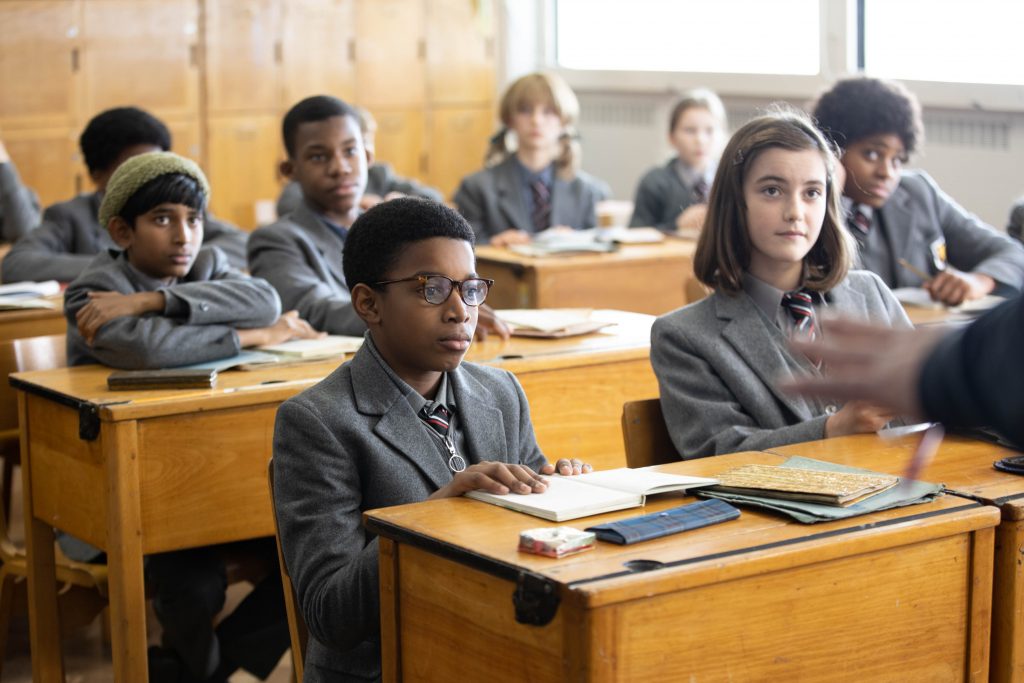 The central character in ‘Small Axe: Education’ is Kingsley, a 12-year-old schoolboy growing up in the early 1970s. Because of minor misbehaviour, slow progress with reading but, mostly, because of being Black, Kingsley is sent to a school for Educationally Sub-normal (ESN) children. From our research, we knew that Steve hadn’t been sent to an ESN school, but that, on account of his Dyslexia, his secondary school in Ealing had put him into a lower stream, involving drastically reduced expectations.

Disabled Black Lives Matter (DBLM): “How far do Kingsley’s experiences, described in ‘Education’, reflect your own experiences when at school and how have you addressed these feelings in your later life and work?”

Steve McQueen (SMQ): “Very much so. ‘Education’ was the last one I wrote in the series. I’d been pushing a lot of stuff away as there was a lot of hurt and dealing with a lot of things through ‘Education’. So, I’d swept it under the carpet.”

“My own Dyslexia was a big issue and, in a way, making ‘Education’ was a way of dealing with what happened to me, and dealing with how I overcame certain things.

“I grew up in the 80s and went into the high-school system in 1983. What was interesting was that, if I had been around in the 70s, I would have been in an Educationally Sub-normal School and there’s no ifs or buts about that. That’s what would have happened to me, if it hadn’t been for Black parents and Black parents’ associations who fought against the government ruling and stopped putting Black children and working-class white children into these ESN schools. There was an over-population of Black children who should not have been in these schools and Bernard Coard saw this government report and said these people should not be in there but are put in there anyway. It was only because of amazing parents and parents’ associations that it stopped. And it wasn’t just a rule to stop Black kids going there; it was a mandate to abolish these schools for all children. This is what these people achieved. My presence here with you today is directly linked to what Black parents and Black people did to change the law; to take away these terrible schools.

“I wanted to put my life on the edges of what I could have experienced, or could have occurred in the 1970s. So, all the stuff you see in ‘Education’, about how my parents and sisters lived, it is fully accurate to me.”

At ALLFIE, we’re familiar with the turmoil that often surrounds the identification of a child’s support needs and the subsequent struggle of parents to assert their rights in our harsh and bureaucratic education system.
We often refer to this process as the ‘parental journey’. We were interested in the depiction of Kingsley’s parents in ‘Education’ and the development of their thoughts and feelings, to a point where they are able to help their son. We asked Steve:

DBLM: “What choices did you make when making this film to show their evolving thoughts and realisations about the education system?”

SMQ: “Often the case with a lot of immigrant people is that they trust the authorities because, obviously, coming to the mother country, they think: ‘they must know better than us… and we trust the education of our kids to these senior authorities’. Then they slowly find out that it’s not how they think things are.

“This slow realisation was part of the experience for my parents too. If you did bad at school, or whatever, it was because you were not concentrating and not because of the teacher not teaching properly. Whatever the teachers said, they would do. And I hated that, I really did hate that. I loathed some of the teachers and how they manipulated my mother at the time. For my mother, it was really an awakening.

“It was an interesting time for us as a family, to have that kind of communication for the first time. Before that, everything I did was wrong, and my parents were always right. Then, all of a sudden, they understood what was going on and the pain that I was going through.

“Sometimes it’s very difficult to be heard, even by the people that actually love you the most. It was very important for me to communicate that message in Education.” 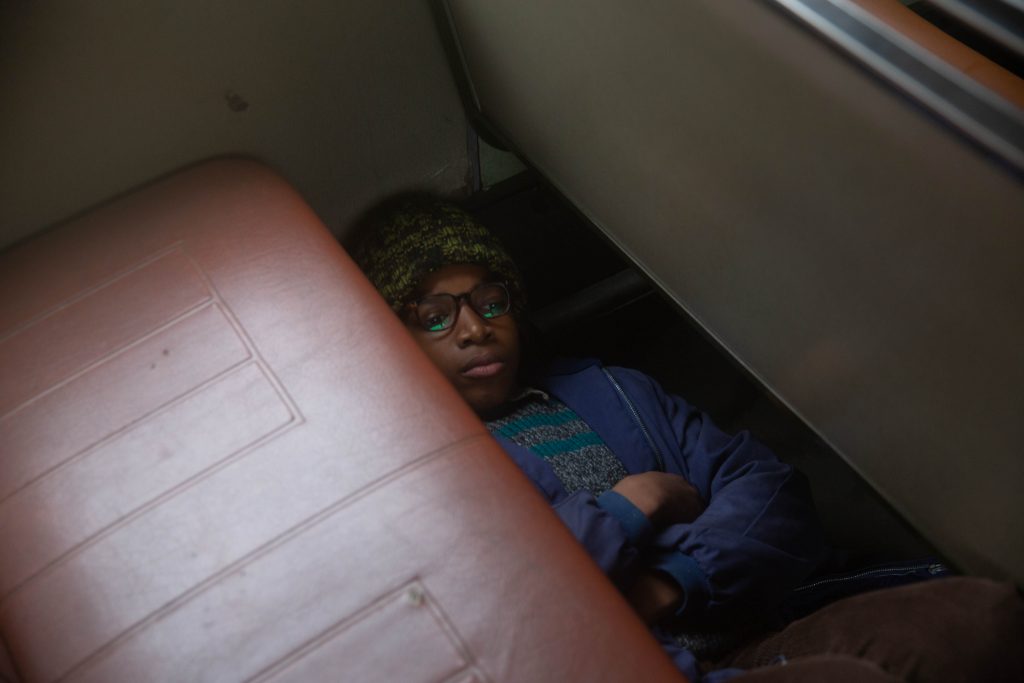 Calling Out Injustices Within the Education System

We had read an article in Sight and Sound magazine in which Steve had described his school as ‘investing in Black failure’.

We wanted to hear more about why he had described his school this way.

SMQ: “The context of that was when, later in life, a few friends met our former deputy headteacher. He told them the story of how the headteacher at the time hadn’t wanted to do anything about how the school was failing Black children, because that would only attract more Black children to the school. It wouldn’t be attractive to getting a certain type of clientele that the headteacher wanted into his school. The idea at the time was the school was only interested in getting a certain amount of children into Oxford and Cambridge every year – it was a tick in their box. That’s why I spoke about them ‘investing in Black failure’, because they didn’t care about Black people.”

We moved onto talking about a scene in ‘Education’, which shows segregated schools as places where pupils are barely stretched, and education hardly happens. We asked Steve:

DBLM: “You included that painfully long scene in ‘Education’, where one of the teachers is singing ‘House of the Rising Sun’ to the children. Was that done deliberately to convey the sense of boredom and frustration felt by Kingsley and his classmates?”

SMQ: “That actually happened to me [Steve laughed]. One of our teachers was a guy who felt he had his dreams and it was like when you get a hairbrush in front of a mirror, except guess what, he did the same with us as his audience. They didn’t give a damn about teaching us. We were just taken advantage of really. It was all about wasting time.”

This mention of time wasting really hit home for some of us who had attended segregated schools, where we weren’t stretched, expected to succeed or given the opportunity to achieve. We shared with Steve some of our own stories about children being poorly educated and bored in segregated schools. Identifying with what we’d said, Steve laughed and exclaimed:

“Let’s get the tambourines out. But really, this is terrible.”

The Intersection of Disability and Race

One of the things that had impacted us most about Steve’s film, set in the 1970s, is how little things have really changed. The systems have shape-shifted and the words we use are different: but Black boys are still being disproportionately excluded from school on the basis of disability. The Timpson Review of School Exclusion (2019) reveals the intersectional experiences of Black, Disabled pupils (mostly Disabled, Caribbean boys) in education, who will have a 58% chance of receiving a fixed period exclusion.

Today, instead of sending such pupils to ESN schools, they’re sent to Pupil Referral Units (PRU), regarded by some as pathways to prison. According to HM Chief Inspector of Prisons Annual Report (2017-18), the reason 86% of inmates have ended up in prison, is a direct consequence of earlier school exclusion or attendance at a PRU.

As a group that embraces more than one identity and movement, we asked Steve:

DBLM: “To what extent do you identify with the Disability Rights Movement and its struggle against segregated education?”

SMQ: “The worst thing in the world is when you are put aside. This started to happen to me when I was 13 and already my path was sketched out for me. It is very important that that doesn’t happen. It is disgusting. It makes that person feel like they’re nothing. When a person is put aside, their behaviour changes, their grades change. But, when people are put side by side, everyone goes up and you feel better. This segregation, I find it all a bit disgusting and elitist.”

“I had to deal with a lot of stuff and my liberty was about doors being opened to me, in an environment of possibilities. When you’re in an environment of possibilities, then you feel like you can achieve anything and there are no limits. But when you’re put aside, you’re already being told you’re not the same as the rest. So, don’t even think about it, because you’ll never achieve more than these people say you can.”

Towards the end of our discussion, Steve spoke about his recent photographic project, called Year 3. This exhibit, which opened at Tate Britain in 2019, attempted to bring together photographs of every year three class in London.

SMQ: “This was the first time I was confronted with London and how London looks and the future of London. What I loved about the schools were images of non-Disabled and Disabled children in the same frame.”

When we asked Steve whether he has hope for the future, he replied confidently:

“Of course I do. I feel hopeful because I’m talking to you guys now. But we want meaningful change – so, let’s get on with it.

Our Voice is Being Heard
Editorial