Secondary school teacher and researcher Zahra Bei reflects on the intersection and construction of race and SEND. 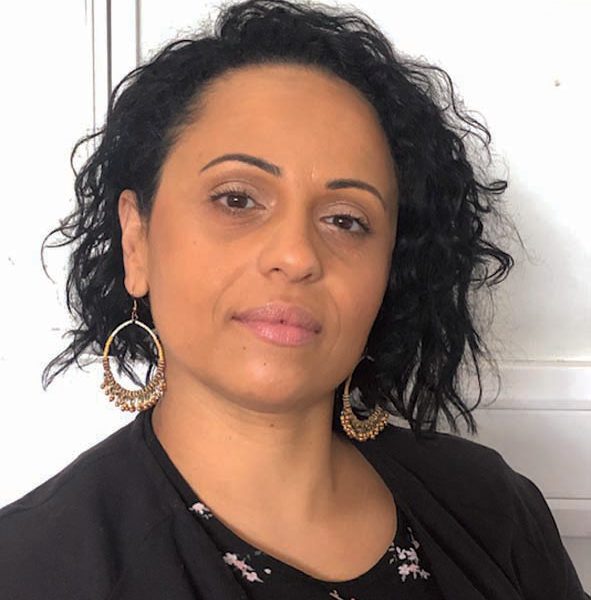 The term intersectionality was coined by American legal scholar Professor Kimberlé Crenshaw in the late 1980s. Crenshaw highlighted how Black women experience interlocking and thus even more harmful structural forms of exclusion and bias in employment. Black women, she argued, stand at the intersection of both “race” and gender bias or rather racism and patriarchy and are “likely to get hit by both”. Intersectionality examines this compounded experience of discrimination, which results in even greater marginalisation and inequity.

“Intersectionality reminds us of the importance of coalitions and allyship; it reminds us to be humble and to look for who is missing in the room” (Zeus Leonardo and Angela Harris, 2018, p.20)

Intersectionality is a theory not of identity but of multiple, intersecting systems of oppression focusing on power relations, on the multiple social and structural ways people are marginalised. In UK education it is not yet a commonly used term. It is routinely applied in sociology as well as in trade union and activist circles, frequently as a welcome lens for understanding the multiple overlapping forms of discrimination a person can suffer because of their race, disability, gender, sexuality or class for instance – most of which are protected characteristics under equality legislation.

I first heard the term intersectionality at an Institute of Education seminar in 2016 when I had been a teacher for 17 years. It was a transformative moment in my career and has moved me significantly closer to inclusive education.

Over two decades I planned hundreds of lessons, marked thousands of books and exam papers, and attended what seems like a million staff meetings. As a teacher I have been tasked with the enormous responsibility and privilege of directly impacting the lives of around 10,000 children and young people. Each came to my classroom with a myriad of histories, cultures, languages, needs, wants, strengths, fears and dreams. As a “good teacher” I strived to serve each of those pupils. I wanted to know who they were and who they could be. Over time however, I became frustrated in mainstream education where the focus was increasingly on exam results, Ofsted inspections, data collection, and rigid uniform and behaviour policies instead of young people’s growth. I grew tired and exasperated with “not having the time”. I also became ill.

A few months later someone suggested I try teaching at the local pupil referral unit. “Smaller class sizes, a greater focus on pastoral care and the needs of the child”, I was told. Soon after I started at the PRU it became clear the curriculum, facilities and resources were seriously substandard compared to the average mainstream school, but I felt hopeful again and relieved from the pressure-cooker conditions that had almost driven me out of the profession in less than 10 years.

Noticing is not dismantling

At the PRU I soon noticed each year around four out of five students happened to be boys and virtually all were on free school meals. Two thirds were also racialised as Black, Mixed or Asian. I later learnt all students referred to the PRU are coded as SEND (even if what led to the exclusion or referral may have been a one-off incident). I was alarmed to learn this is not routinely communicated to the students themselves or their families. There was little talk (and I suspect understanding) of pupils’ individual needs. The focus was on fire-fighting, the PRU functioning as a “holding pen” in many cases: excluded Black and mixed-race boys with SEND have a higher chance of going to prison than of successfully returning to mainstream education.

Noticing is however not enough. Teaching some of the most vulnerable, racialised, economically disadvantaged and marginalised children in the nation, I worked hard on inclusion given the extreme exclusion on multiple levels the students faced. The lack of SEND training and absence of a school SENCO (astonishingly, PRUs are not legally required to employ one) were significant barriers. Still, I did not adequately and critically work to dismantle some of the inequities, disparities and injustices staring me in the face. In the main I accepted this was just “how things were” for us and our students.

An intersectional analytical lens would have required me to ask questions such as why are Black and Brown boys disproportionately excluded? Which schools/policies/processes are responsible? Are Black boys appropriately assessed for SEND and by whom? What is the child’s view, and the parents’? What are we doing to address wider educational inequities? How do we explain ethnic disproportionality in the identification of SEND and how will we address it?

In the case I described, it would have facilitated targeted and powerful interventions at school level by acknowledging multiple axes of difference and their impact. There is a specificity to the Black male experience in education and the microaggressions they suffer which warrants focused attention.

A 2018 Oxford University study is the latest in a long line of research attempting to shine a light onto the over-representation of Black boys in SEND. For instance some labels such as SEMH and MLD (moderate learning difficulties) are open to significant interpretative variance, as well as stigma. Too often these labels do not translate into specialist support, compounding disadvantage. Black children have been historically overrepresented in special education and research has told us for decades that routine misidentification of Black children’s ability, biased assessments and a lack of Black practitioners all contribute. The Oxford study suggests the data may point to “inappropriate interpretation of ethnic and cultural differences including teacher racism, low expectations and a failure of schools to provide quality instruction or effective classroom management”.

An intersectional lens sets out to problematise raced, classed, ableist and gendered patterns of inequality and disparities. It arms us with critical tools of analysis as well as resistance: intersectional educators must do both.

I often talk about how I believe I/we as teachers collude with oppressive systems, language, policies, processes and cultures. We are a product of our own socialisation and societal notions of ‘normalcy’ after all. I admit I/we often end up compounding bias, discrimination and negative outcomes suffered by those we are trying to help. Our good intentions are neither here nor there.

We can however work to reverse the distortion: when we deliberately choose intersectionality frames we cannot help but notice who is missing from the room. What must follow is daily commitment to become intersectionality-minded educators, constantly checking our own biases, working to dismantle our own deficit, majoritarian thinking as well as the wider cultures, structures and barriers that prevent true inclusion for all. This is a perpetual conscious process for ourselves and everyone in education so that together we can tear down the walls of the room in education.

Zahra is a secondary school Black teacher, academic researcher and Co-founder of No More Exclusions: www.nomoreexclusions.com