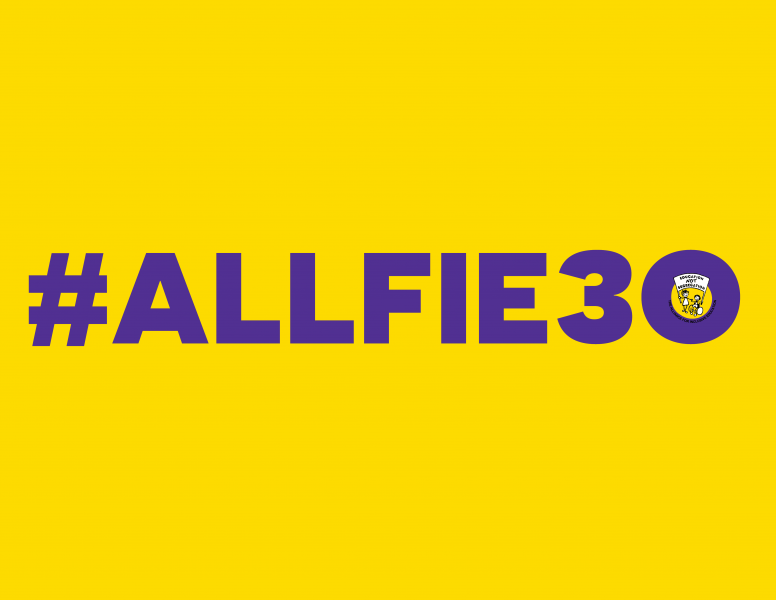 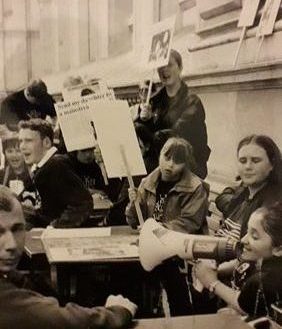 Chloe’s story of her involvement with Allfie dates back to the 90’s.  Chloe has Down’s Syndrome and was born in 1982 midst a flurry of interest and changes in legislation making it slightly easier for disabled children to be included in mainstream schools. She enjoyed a 9 year rich and delightful experience in her ordinary neighbourhood primary school. This was followed by a painful battle with Lewisham council for her to carry on into a mainstream secondary school. It was very nasty and difficult with poor Chloe having assessment after assessment to deem her unable to cope in a mainstream school. 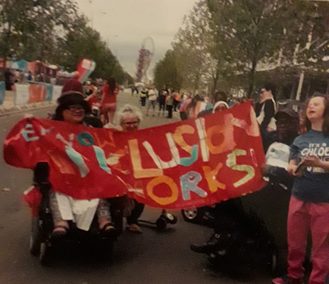 However with many very negative experiences, came many positives. In particular the involvement  and support of ALLFIE, (Micheline Mason was Director at the time) Parents for Inclusion, a network of activists,  as well as friends, neighbours, staff from Chloe’s primary school, her fellow pupils and friends. After several activities, newspaper articles, meetings, petitions, appeals, demonstrations, and Chloe being homeschooled for 2 years; a deal was struck. Two days at a local secondary school and the other 3 at a special school. Not a great situation, but we do believe this paved the way for many more learning disabled children to go to secondary school in Lewisham afterwards.

This is the background for Chloe becoming a campaigner. At 38 she is now living in a supported living house, and up until the time of lock down she was working on a farm, being very involved with the creative arts group Heart N Soul, as well as enjoying classes at Morley College ( 2 activities which she carries on using zoom). She is also is a member Lewisham Speaking Up, a self advocacy group. She fervently believes in Inclusive Education and has joined many Allfie demonstrations over the years supporting this.

In a conversation about the importance of inclusion, Chloe said:

“Inclusive education is a good idea because it’s disability rights. I loved my primary school Lucas Vale and still hear from some of my friends. I liked my 2 secondary schools, but liked Deptford Green the best. All children should learn and be together. WE KNOW INCLUSION WORKS.”

We’ve included some photos of Chloe’s Allfie Involvement over the years. 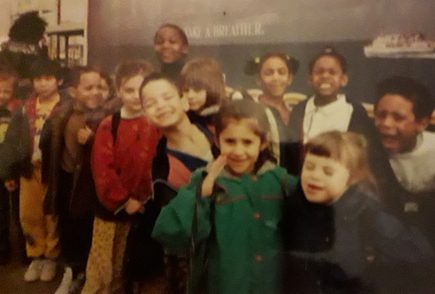 By Zelda and Chloe McCollum