Legal guide: the “right” to inclusive education in English law

Barrister Stephen Broach looks at how families can use the law in pressing for mainstream education for their child or young person. “If the LA seeks to rely on section 33 in order to refuse your child a place at a mainstream school, the first thing you should do is push back.” 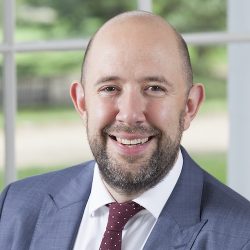 There is a strong presumption that a child or young person should be educated in a mainstream setting. This presumption is almost unqualified in relation to children and young people with SEN but without an EHC Plan, see section 34 of the Children and Families Act 2014 (‘the 2014 Act’)

For children and young people with EHC Plans, the starting point is section 39 of the 2014 Act. This requires the Local Authority (LA) to comply with most requests for a particular school or college to be named in Section I of the Plan [1], unless to do so would be unsuitable or incompatible with the efficient education of others or with the efficient use of resources. If these exceptions apply, the LA must then identify a school or college or type of school or college that is appropriate for the child or young person. The issue then has to be considered further under section 33. [2]

Section 33 [3] says that local authorities must name a mainstream school or mainstream post-16 institution in the Plan, unless that would be incompatible with either:

It is important to note that section 33 does not permit a local authority to refuse to name a mainstream school or college on cost grounds. This is discussed further below.

The ‘incompatibility with the provision of efficient education of others’ exception is a narrow exception, and it will be difficult for the LA to show that it applies:

It is important to note that the section 33 exceptions are the only exceptions which a local authority can rely on to refuse to educate a child or young person in a mainstream setting. If neither of those exceptions are engaged, the LA cannot refuse simply because:

How can human rights help?

Under section 6 of the Human Rights Act 1998, LAs must act compatibly with most of the rights set out in the European Convention of Human Rights (‘ECHR’). [9]

These rights include the right to education (Article 2 of the First Protocol to the ECHR). It is important to note that A2P1 is framed negatively rather than positively – ‘no person shall be denied the right to education’. This means that, under A2P1, the LA cannot be required to provide a child with a particular type of education. However, the Supreme Court has suggested that failure to make adequate provision for a child with SEN, such that the child is unable to attend school for a considerable period of time, can amount to a breach of A2P1. [10]

In addition, Article 14 ECHR requires that children must be able to enjoy their Convention rights without being discriminated against, including on the grounds of disability. This means that LAs cannot adopt policies or make decisions which, without good reason, treat children with disabilities differently from children who are not disabled. For example, a blanket policy excluding disabled children from mainstream school would obviously amount to unlawful discrimination under Article 14, read with A2P1. In the case of Çam v. Turkey (Application no. 51500/08), the refusal to enrol a blind person in the Music Academy even though she had passed the examination violated Article 14 ECHR read with A2P1. The Turkish authorities had not attempted to identify the applicant’s needs or to explain how her blindness could have impeded her access to a musical education.

In deciding whether a particular decision or policy is discriminatory contrary to Article 14 or directly breaches the right to education in A2P1, the courts will also consider the rights contained in other international conventions. These include the Convention on the Rights of Persons with Disabilities (CRPD), Article 24 of which requires the government to ensure that children with disabilities can access inclusive, quality and free education on an equal basis with others. The UK has qualified its ratification of Article 24 CRPD, to allow for the continued existence of special schools and to allow children to be placed outside their home communities. [12] ALLFIE is campaigning hard to press the government to remove these qualifications and implement Article 24 fully as written in the convention. However the qualifications do not undermine the basic right in Article 24 to an inclusive education for disabled children on an equal basis to other children.

What other duties does the LA owe towards my child?

LAs owe lots of other duties which are potentially relevant for children with SEN, including:

Challenging a refusal to place a child in mainstream school

If the LA seeks to rely on section 33 in order to refuse your child a place at a mainstream school, the first thing you should do is push back. The efficient education exception is not meant to be invoked lightly, [13] and for the reasons set out above, LAs will have a high threshold to cross in order to show that it applies.

If the LA still refuses to place your child in a mainstream school, there are a number of ways you can challenge that decision, including:

If your child is in a mainstream school, you can rely on section 35 to challenge any segregation they may be experiencing within the school, although you will need to consider the various exceptions under section 35 which the school may rely on (see above).

For more information on these issues, see the following books: [14]

Steve Broach is a barrister at Monckton Chambers, specialising in the law affecting disabled children and young people. He is co-author of Disabled Children: A Legal Handbook’

[1] Including all requests for maintained mainstream schools and academies.

[3] This provision was previously found in section 316(3) of the Education Act 1996, and many of the cases decided under the EA 1996 are equally relevant to section 33 of the 2014 Act. Section 33 also applies if the parents or young person have not asked for a specific school or college.

[5] R (Hampshire CC) v SENDIST [2009] EWHC 626 (Admin), paras 48 and 56-59. See also ME v Southwark at para 21; ‘It is not sufficient to show that attendance would have some impact. It is necessary to identify what that impact would be and then consider whether that would be incompatible.’

[7] Harrow Council v AM [2013] UKUT 157 (AAC), para 27. In ME v Southwark, Judge Jacobs suggested that this obligation was still qualified by reference to incompatibility with the efficient education of others.

[8] Being issues of reasonable practicability, delivery of special educational provision, provision of efficient education for others and efficient use of resources.

[9] Although the European Court of Human Rights has noted that ‘The specific case of persons with disabilities has only rarely been raised before the Court’ in the context of the right to education. See Guide on Article 2 of Protocol No. 1 to the European Convention on Human Rights, August 2018.

[14] Upon which this briefing draws. Both books are published by Legal Action Group.